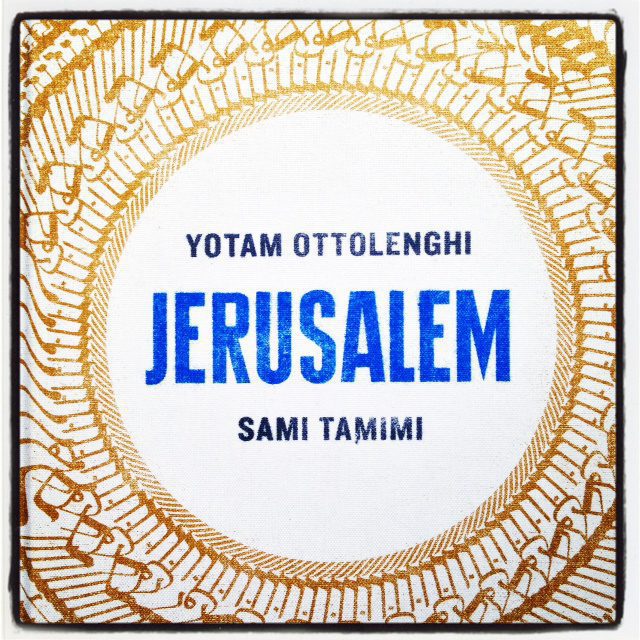 If there’s one chef who deserves far more recognition than he has, it’s Yotam. Don’t get me wrong, he does indeed have quite a loyal following, but I just don’t quite think he has hit the big time in the way his food deserves to. I do think that’s more likely to change now with the wider availability of some of the middle eastern foods. I mean, just a couple of years ago things like Sumac were more difficult to get, nowadays it is far more prevalent in shops and even supermarkets.

But what of his food? Of course, there’s recipes to satisfy anyone craving chickpeas, aubergine and cous cous, but Middle Eastern cooking has far more depth to it. Obviously it’s not on the Med, but one can easily see the Mediterranean resemblance in some of the dishes before you come across an ingredient that reminds you it’s different. For example, the inclusion of dates that lift the Baby Spinach Salad or the pinch of  Za’Atar for ‘lemony-herbiness’ in the Roasted Butternut Squash – oh, and adding prunes and caramel to Roast Potatoes is nothing short of genius. There are plenty of meat dishes to explore and even some beautiful fish recipes, especially considering Jerusalem borders a desert and never had a strong fishing influence.

Overall, the recipes in this gorgeously tactile book are vibrant and inspiring yet simple enough to encourage even the most casual reader to explore something new. It shows you that you don’t have to get full-on with chickpeas in order to enjoy this style of cooking. I encourage you to try it today.

Note for these book reviews:

Like many others, our shelves are  groaning under the weight of cookbooks, some celebrity, some less well known. Of course, we have plenty of the Jamie, Heston and Hugh FW collections, but there’s also quite a few gems that have a lower profile, most undeservedly so. So we thought we’d share some of our favourites with you in the hope you’ll do the same and we’ll all be a little richer because of it. These are books chosen from our own collection, many which we’ve had for years, and only mentioned here because we love them! In case it helps, we’ve added a link to Amazon.co.uk so you can read other reviews and maybe see what offers they have on any that might take your fancy.