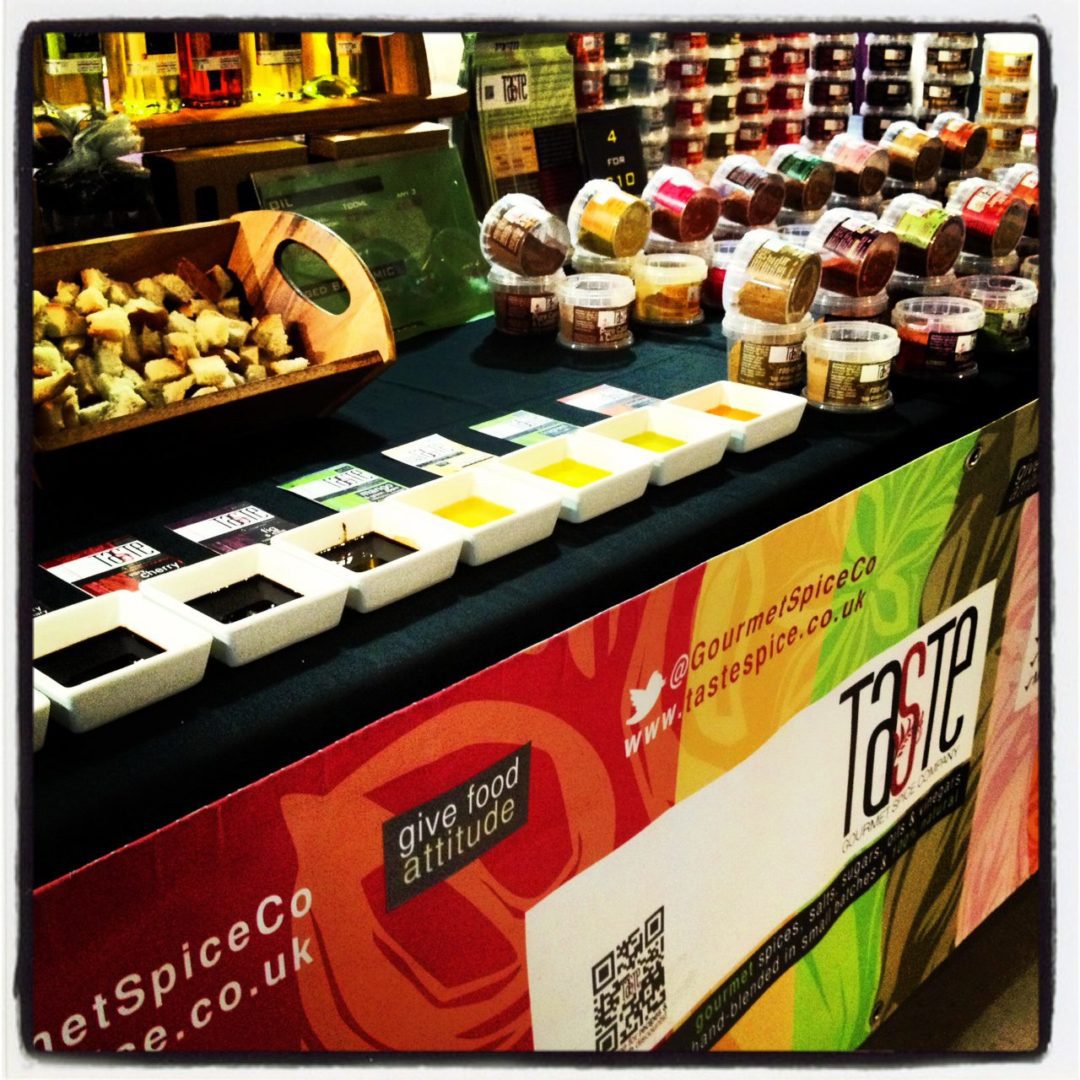 Anyone go to Farmers Markets? Good. And do you expect the produce to be either local or, at the very least, made by the person selling? Yep, so do we. But it’s not always the case.

Selling our own products on these markets has been a real eye opener. Don’t get me wrong, in the past few months I’ve met some of the nicest, hardest working people one can find; people that are so passionate about their produce and ready to help a newbie like me find the ropes. But, sadly, it’s not all been plain sailing.

The first hurdle is getting past some organisers to even get a pitch because they assumed my ingredients weren’t local enough. They take one look at the word ‘spice’ in our name and assume the worse. Yet these same organisers let people sell imported olive oil, whereas we only use British rapeseed oil; they allow other imported products from Spain or Italy – and even further afield – where the only added value the stall-holder is giving is loading it in the van, or bottling it, if we’re lucky. These are sometimes the same organisers who are happy for people to sell coffee beans which are not even grown in this country, yet my sea salt isn’t local enough for them because I live more than 50 miles away from where it is harvested. They’re happy to let someone bring bread from 60 miles away though yet have no space for me when I live just 10 minutes away.

Possibly one of the strangest conversations was with someone who wouldn’t let me sell my aged balsamic vinegar because someone sold a salad dressing (which we don’t do) that had balsamic in it too: “No more than one seller can have the same ingredients”, I was told. Really? So the person selling jam means no one can sell cakes, chutneys, fudge, sweets or chocolates because they use sugar too? No, I didn’t think so. And how much of the cacao for the chocolatiers is grown in this country? By the third email, I was told they had no space anyway.

Recently, I observed a smallholder opening tins – yes, tins – of olives and vine leaves and decanting them into bowls before charging £3 for a small container. I later heard that he bought them from Makro. Maybe I am still new to this, but turning up to a Farmers Market with a can opener is never a good sign, especially when I asked later if he made the olives, to be told ‘yes’. That person isn’t doing that market any more, through their choice, and I can’t help thinking we’re all better off for it.

I’ve spent £50 + parking on a so-called city centre Farmers Market, only to arrive and find 4 meat producers all selling burgers, 1 cheese seller and 1 selling dog treats – plus me. Call me old fashioned, but I don’t think it’s a Farmers Market unless there’s fruit and veg and a bunch of other stuff – burgers, cheese and spices just isn’t enough. So, because of the expensive pitch fee versus the poor revenues because it’s a handful of meat stalls, there’ll be one less smallholder and even less interest from shoppers and so on. What was apparently a 40-strong market a few years ago has ben reduced to meat, burgers and cheese. What new trader will look at that and decide it’s worth a punt – I mean, who pays £55 including parking for a Farmers Market (unless you’re in London)?! Why don’t organisers reduce the pitch to, say, £20 to incentivise 15-20 new stalls, thereby turning it more into a ‘destination’? Better for everyone, surely. But no, the Council apparently won’t reduce the price. The result? Another withering, dying market. So sad.

That said, I have actually attended one where the only other stall was someone selling honey! Really. It was certainly embarrassing when people kept asking where the market was and I had to tell them the honey and I were it!

Food festivals are another tricky one to predict. We’ve paid £250 to stand, only to learn the admission fee of £6 per person is putting people off because there is also a free, council-organised continental market outside. After 2 long days we’d barely covered our costs and mused it would have been better to stand at the bottom of our drive and give all our stuff away – at least we could have had that done in an hour or two and then relaxed for the rest of the weekend.

So, we’ve learned a lot in our first 7 months of trading. We know that price isn’t neccesarily reflective of how good an event will be and we know it is often down to luck, the weather and other random events, including major sporting events that are on that day…

But we know another thing too: we love people talking to us about our products, tasting them, swapping recipes and ideas and so much more. It’s what drives us to continue to develop new things and we’re not about to give that up any time soon. All in all, we’re having fun and haven’t become jaded. Just a little wiser.