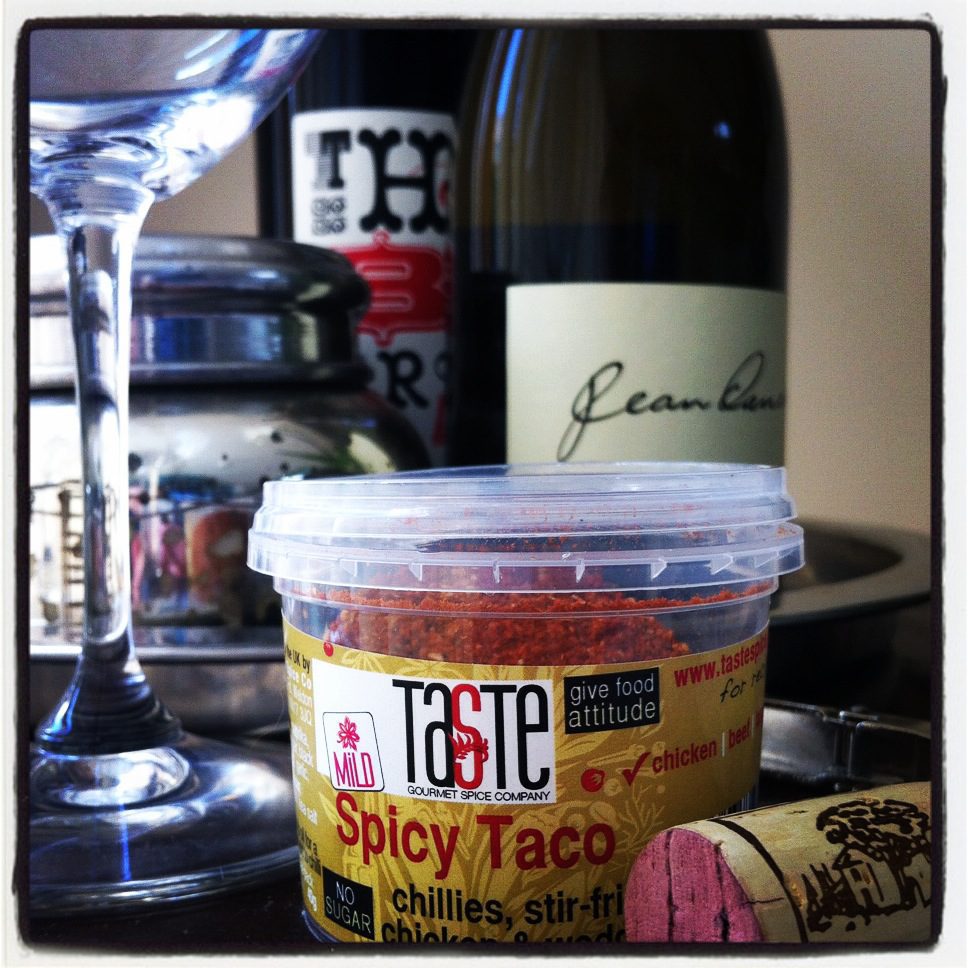 After doing the ‘Eat Cambridge’ show in May, we were contacted by Simon Wright who manages a wine shop and writes a wine blog. He was interested in coming up with some pairings for our spice to give people a deeper understanding of how different spices work well with wines and craft beers. Well, we love spice, wine and craft beers so were more than happy to participate! You can find out more about all-things-wine on his blog so, without further ado, here’s the first in the series! We hope you enjoy experimenting with his suggestions as much as we did!

“After eating, drinking, and sniffing my way through the majority of stalls at this year’s ‘Eat Cambridge’ food festival, I happened upon the glorious delights of the Gourmet Spice Co and have been hooked ever since. I manage a wine shop and blog on the subject in my spare time, so after experimenting with Gourmet Spice’s numerous rubs and marinades at home, I was struck with the ingenious idea of pairing each of the spices to wine. I quickly got in touch with company founder Mark, and am now extremely happy to be given the opportunity to share my recommendations with you all!

So here it is, my first instalment. Being married to an Arizona native (think cacti and a border with Mexico) I have to start with the Spicy Taco which makes an appearance in our cooking at home at least twice a week! Most often we use it with shredded chicken (with flour tortillas) but it’s proved to be truly versatile. I think a lot of that versatility is down to the quite composed nature of the spices; it’s not overly spicy, instead going for a softer, more restrained level of heat.

This really helps when we start to think about what style of wine would partner well, as high levels of heat can really limit our choices. As a result, picking a bottle to go with the Spicy Taco took much deliberation, but I’ve finally settled on the grape variety Grenache. Grenache produces wines brimming with red fruits, often medium to full bodied, and with a vibrancy that makes them approachable in their youth. Grenache is grown around the world, mainly in hot climates, and often forms the backbone of many blends.

Wines to look out for include Côtes du Rhône – as Grenache rules in France’s southern Rhone valley and is often blended with the grape varieties Syrah/Shiraz, Mourvèdre, as well as a whole host of others. You’ll also find similar wines produced in Australia, where they are referred to as ‘GSM’ blends. Finally, if you’re a Spanish wine fan, it’s useful to know that in Spain they call it Garnacha, and it is particularly sublime in wines produced in the Catalan region of Priorat.

It is the vibrancy and soft, juicy approachability of Grenache wines that I think make them an ideal partner for Taco spiced dishes. The up front fruitiness of the grape would match the varied spices found in the mix perfectly, particularly when blended with a bit of the spicy Syrah/Shiraz grape.

If you like the sound of this pairing, and decide to try it out, I’d love to hear your feedback. If you have any questions at all, either on finding a good Grenache or food and wine matching in general, don’t hesitate to get in touch! You can contact me through my blog or via Twitter.

Next time we’ll explore the best pairings for Jamaican Jerk!