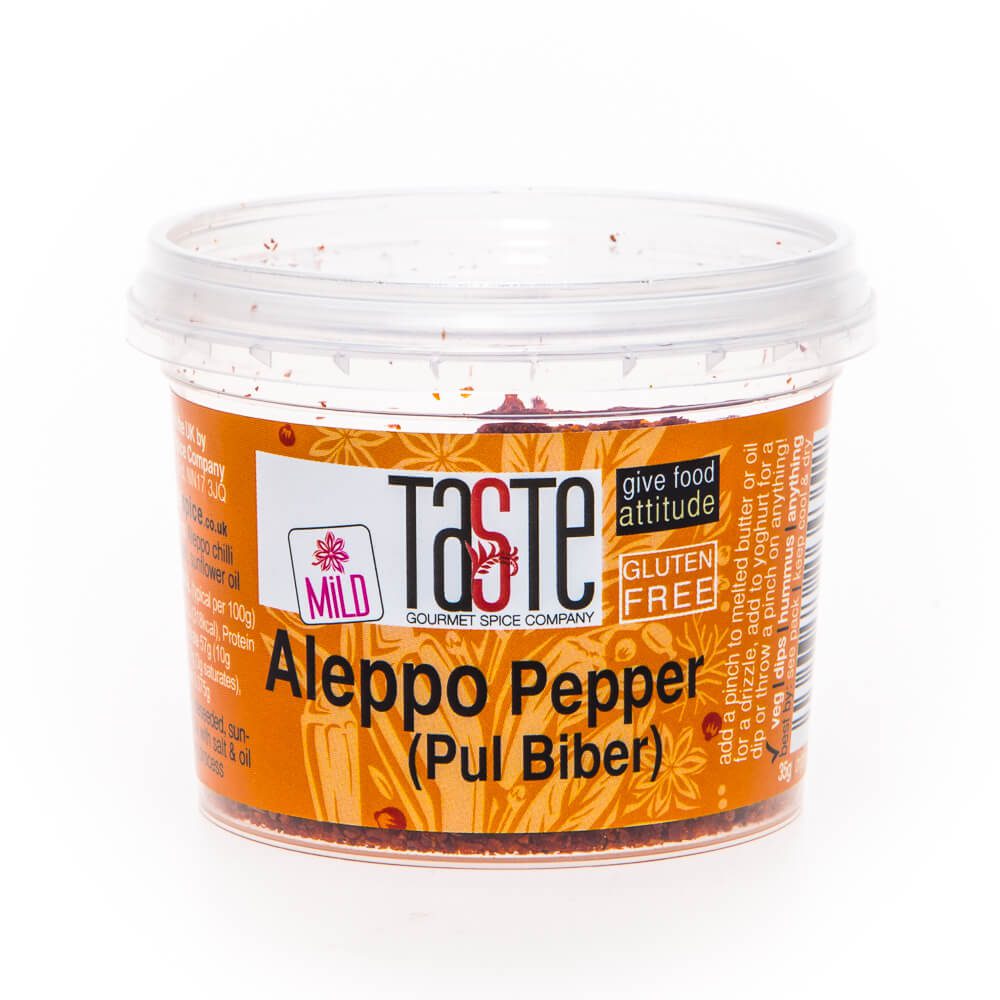 Named after the Syrian city of Aleppo on the famous Silk Road spice route, the dried peppers create a spice blend with a lovely balance – intensely burgundy-red coloured, aromatic with some fruitiness & mild, cumin-like undertones.

It has a similar flavour to the ancho chile, but oilier & slightly salty due to the drying & curing process.

It has a sweet aroma & works well sprinkled over any roasted meat, veg or hummus. It can also be added to melted butter or olive oil to finish off stews, soups & eggs.

Mix 1 tsp to yoghurt or soured cream for a gorgeous dip. Or throw a pinch on anything – it works brilliantly instead of salt on sweet potato wedges or chips!

Because it contains no seeds or inner flesh of the chillies, it is still relatively mild in the chilli league tables, its heat building slowly with a fruity raisin-like finish. It has also been described as having almost the flavour of sundried tomatoes, but with a kick behind it.

With its ability to boost flavours whilst adding its own layers of fruity warmth, pul biber is a fantastic addition to vegan or bowls. It instantly perks up rice, chickpeas, spinach, kale, tofu – pretty much anything! A good pinch in homemade (or shop bought) hummus takes it to another level.

For the meat eaters among, pul biber compliments the rich flavours of goat & lamb; use to season homemade kofta, burgers or sprinkle generously into stews, goat curry, roasted vegetables or falafel.

Another favourite use for pul biber is to mix 2 tsp with finely diced preserved lemons (rinsed first) & a little oil. This mixture is a delight spread over a chicken before roasting.

Like so many in our range, this is another that’s sugar-free, gluten-free & vegan too. With no fillers or anything artificial, our unique blend of herbs & spice create the purest, freshest flavour possible to give your food attitude.