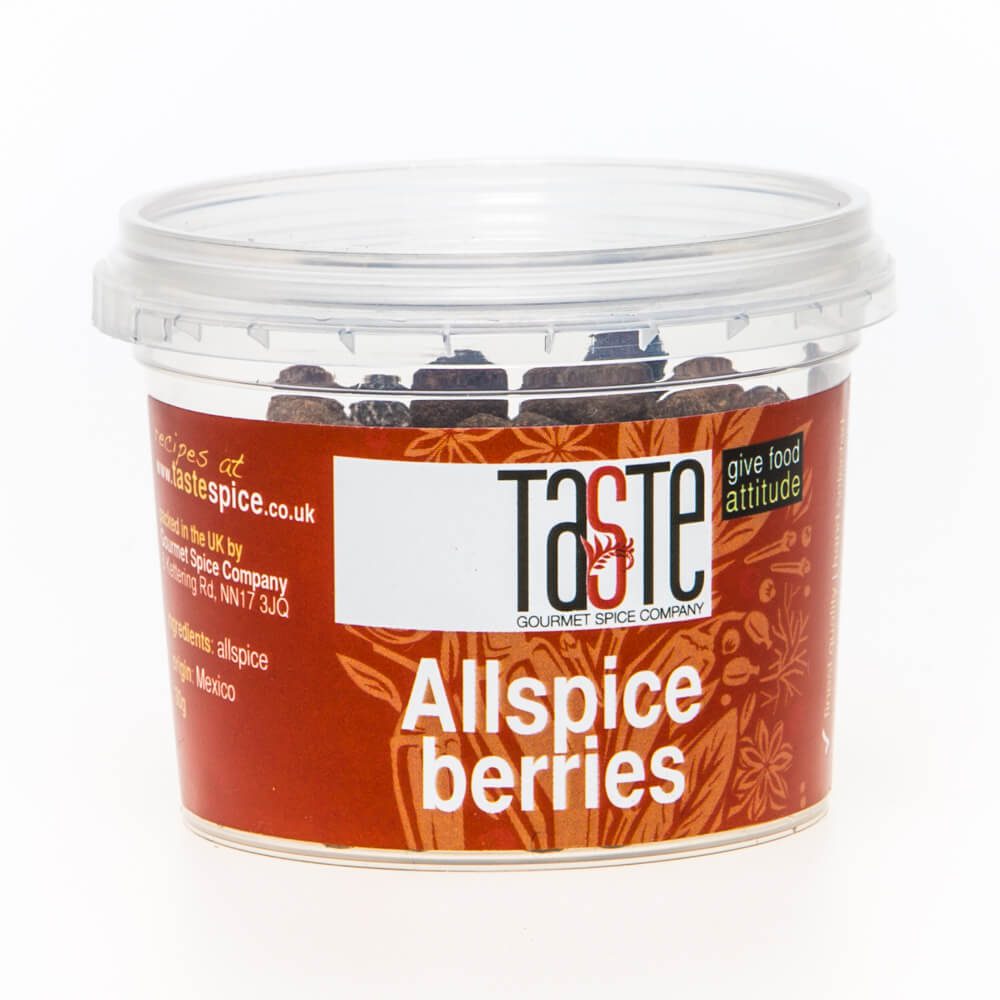 Spicy, pungent whole Allspice Berries in a resealable pot to retain freshness. It stores well & is highly aromatic when ground. The term ‘allspice’ was actually coined by the English in the 1600’s who thought that they combined the flavours of cinnamon, cloves & nutmeg.

Allspice is one of the most important ingredients of Caribbean cuisine. It is used in Caribbean jerk seasonings (like our own Jamaican Jerk), in moles (like our Cacao & Cumin rub); it is also indispensable in Middle Eastern cuisine where it is used to flavour a variety of stews and meat dishes with some dishes using Allspice as their sole spice for flavouring. Add to a chilli for a the American Cincinnati style of chilli.

Tip – add a few berries to a pepper grinder for an interesting extra flavour. We use them in our Gourmet Salt & Pepper as well as our Rainbow Peppercorns.

Be the First to Review “Allspice Berries” Cancel reply