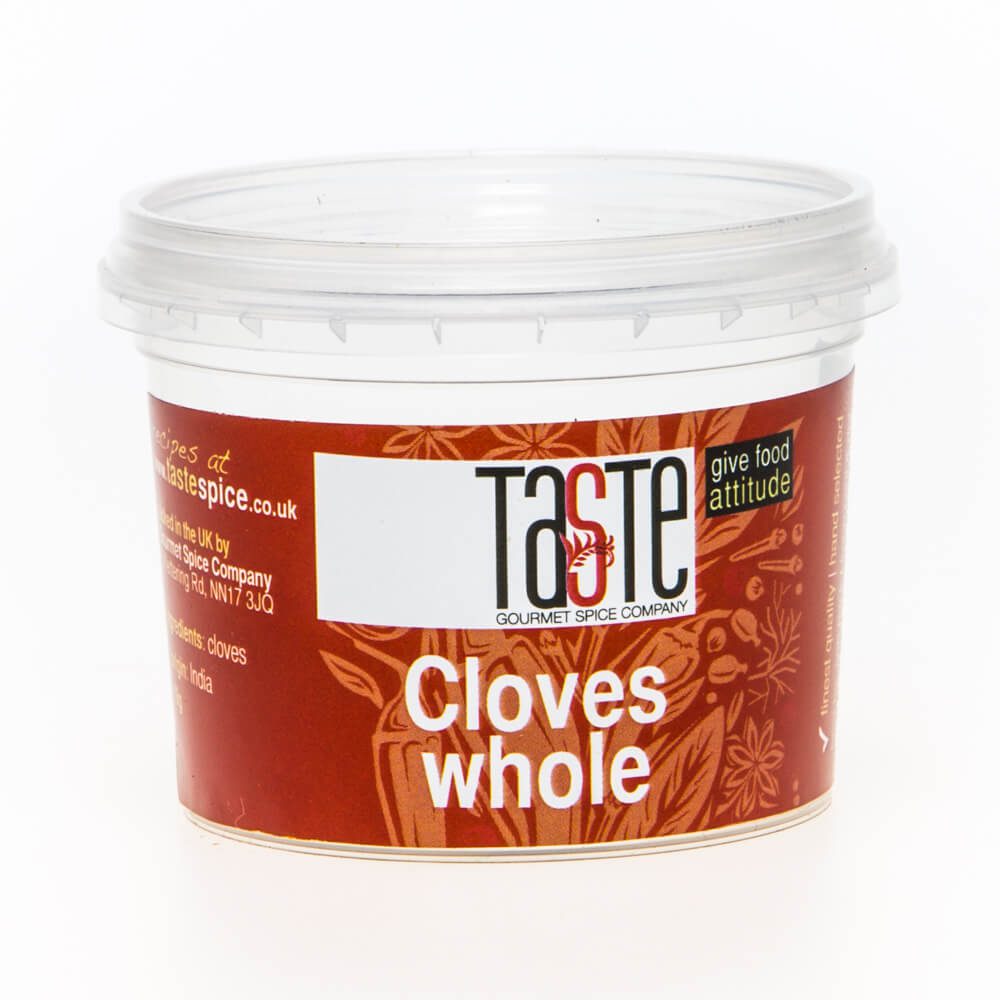 Cloves are widely used in the cuisine of Asian, African, & Middle East, giving flavor to meats, sauces, marinades & curries. They compliment the flavour of pork, poultry or gammon & are often seen studding a roast ham at Christmas. Used also in Ayurvedic medicine, they contain many compounds & essential oils to ease toothache & help digestion, as well as many other ailments.

They are also a key ingredient in mulled spices with their aromatic qualities boosting hot beverages, often combined with other ingredients such as lemon & sugar.

Cloves contains a naturally occurring source of salicylates and is best avoided by people eating a salicylate free diet.

Be the First to Review “Cloves” Cancel reply