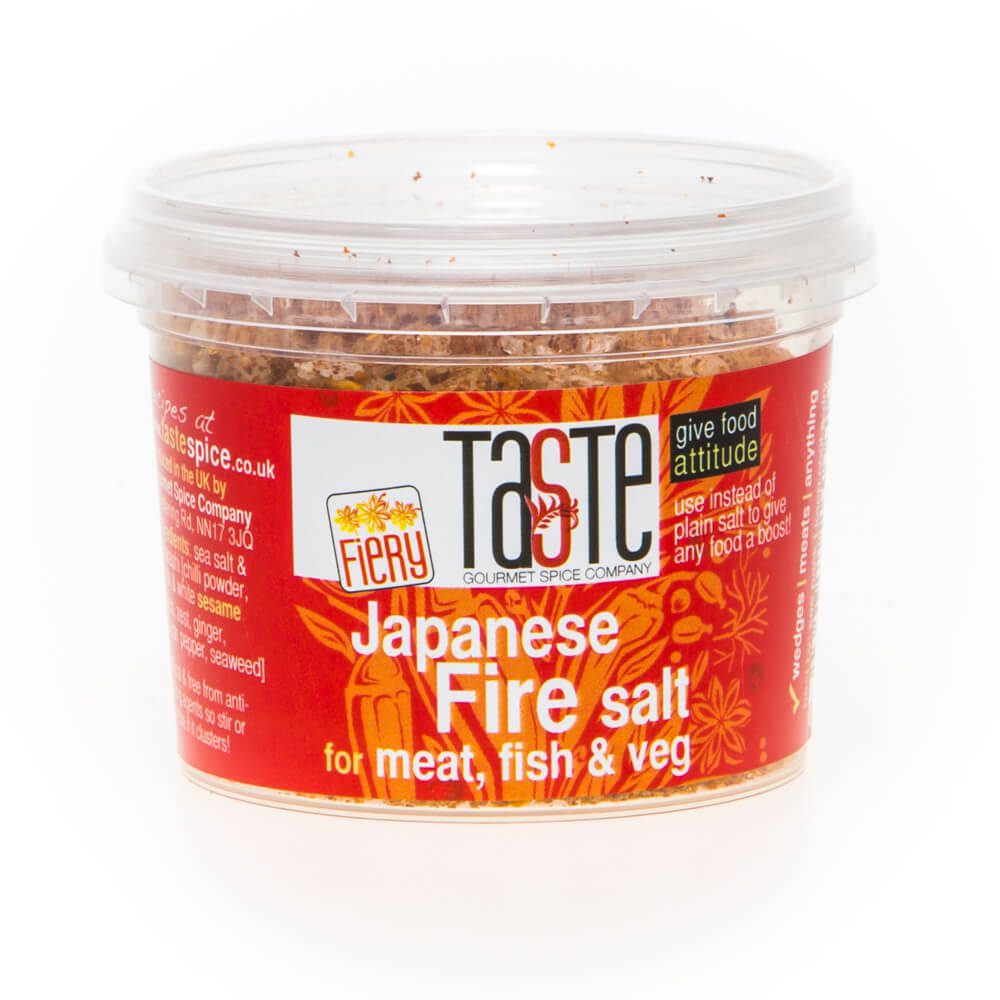 Our Japanese Fire Salt is a blend of hand-harvested, pure & natural British sea salt and Togarashi – a fiery blend of chilli, black & white sesame seeds, citrus zest, seaweed, ginger & Sichuan pepper. This really is an incredible salt and adds massive depth with a spicy kick to ribs, wings, roast veg, prawns, crab & much more. If you like Chilli Salt, you’ll love the extra kick you’ll get from Fire Salt!

Rather than a cheap, imported rock salt, we use lovely crisp, pure flakes for the best flavour, plus you don’t even need to use a grinder; just crumble a pinch between your fingers. As well as a better texture, you’ll get a pure, saltier taste so you’ll use a lot less too.

Use it as you would any other sea salt: either cook with it or add a pinch to season food & you’ll get that extra kick of taste from the flavour infusion.

Be the First to Review “Japanese Fire Salt” Cancel reply