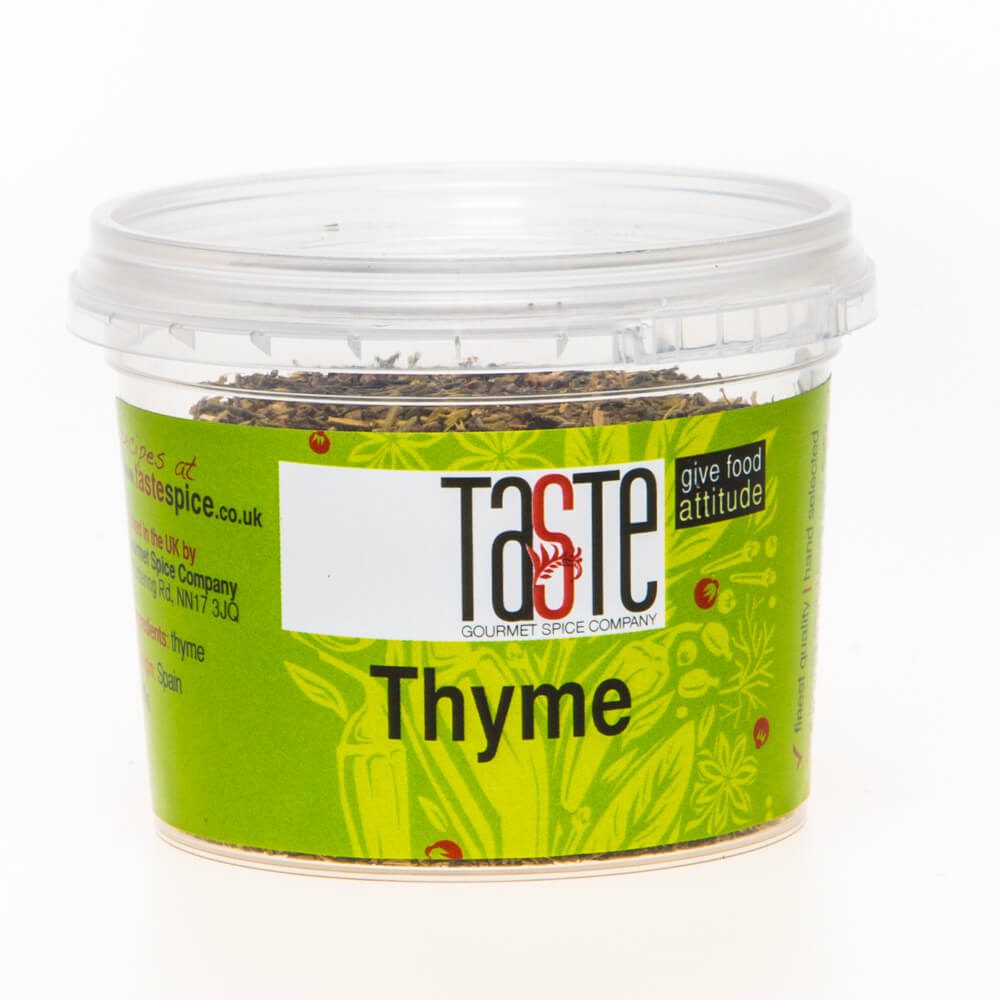 Aromatic dried Thyme retains its flavour on drying better than many other herbs, which makes it ideal for long, slow cooking where the flavour of many other herbs would simply disappear. Rather than the powdery bits you often find elsewhere, ours is ‘cut’ which gives more texture & flavour.

It’s a vital ingredient to many different cuisines & brings out the flavour in chicken & other poultry. Add a pinch to the water when boiling or steaming vegetables to impart a subtle taste. In Middle Eastern food it is often mixed with Sumac to make Za’Atar.