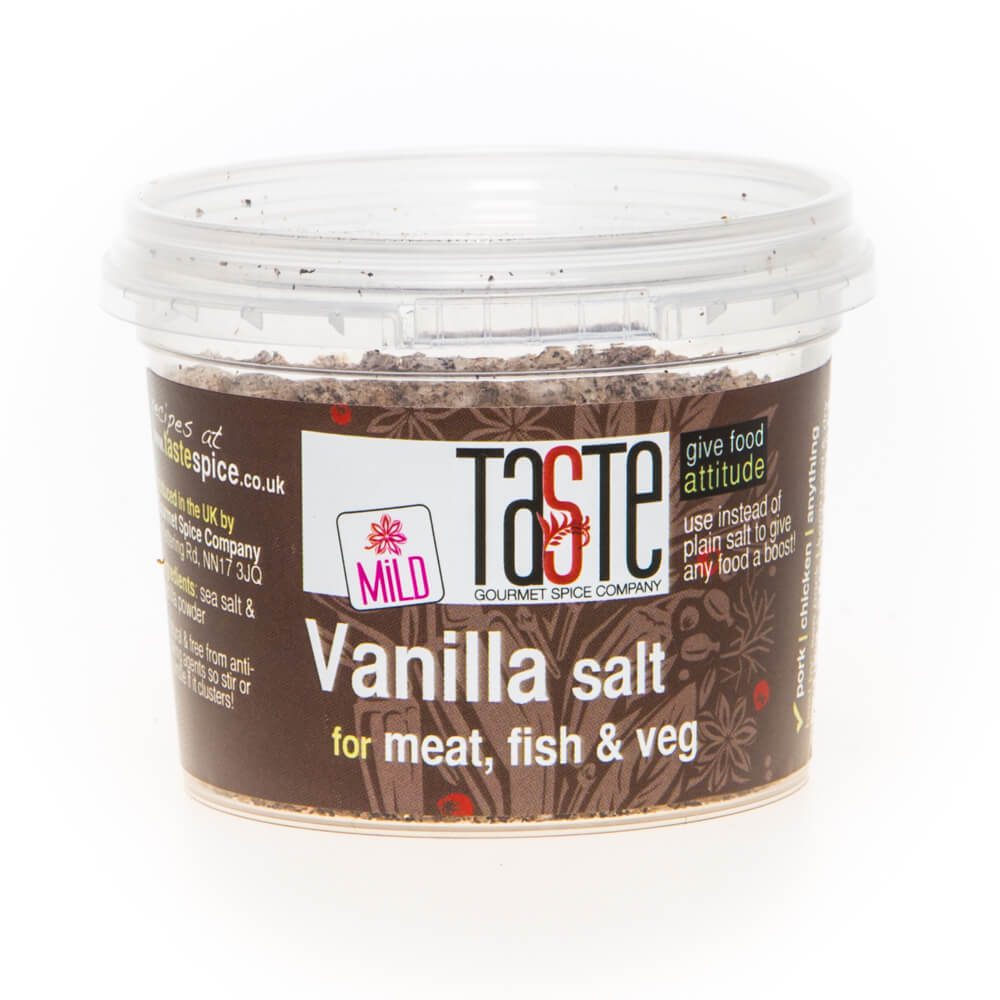 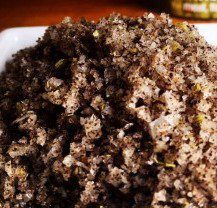 Our Vanilla Salt is an incredible fusion of rich vanilla blended with pure & natural British sea salt flakes. Because vanilla is actually a spice (though you’re used to having it in sweet things), it’s robust enough to liven up any fish dish to bring out an extra depth of flavour that will surprise you.

Add a pinch to any pork, chicken or fish dishes – it makes fab pork crackling too!

Rather than a cheap, imported rock salt, we use lovely crisp, pure flakes for the best flavour, plus you don’t even need to use a grinder; just crumble a pinch between your fingers. As well as a better texture, you’ll get a pure, saltier taste so you’ll use a lot less too.

Use it as you would any other sea salt: either cook with it or add a pinch to season food & you’ll get that extra kick of taste from the flavour infusion.