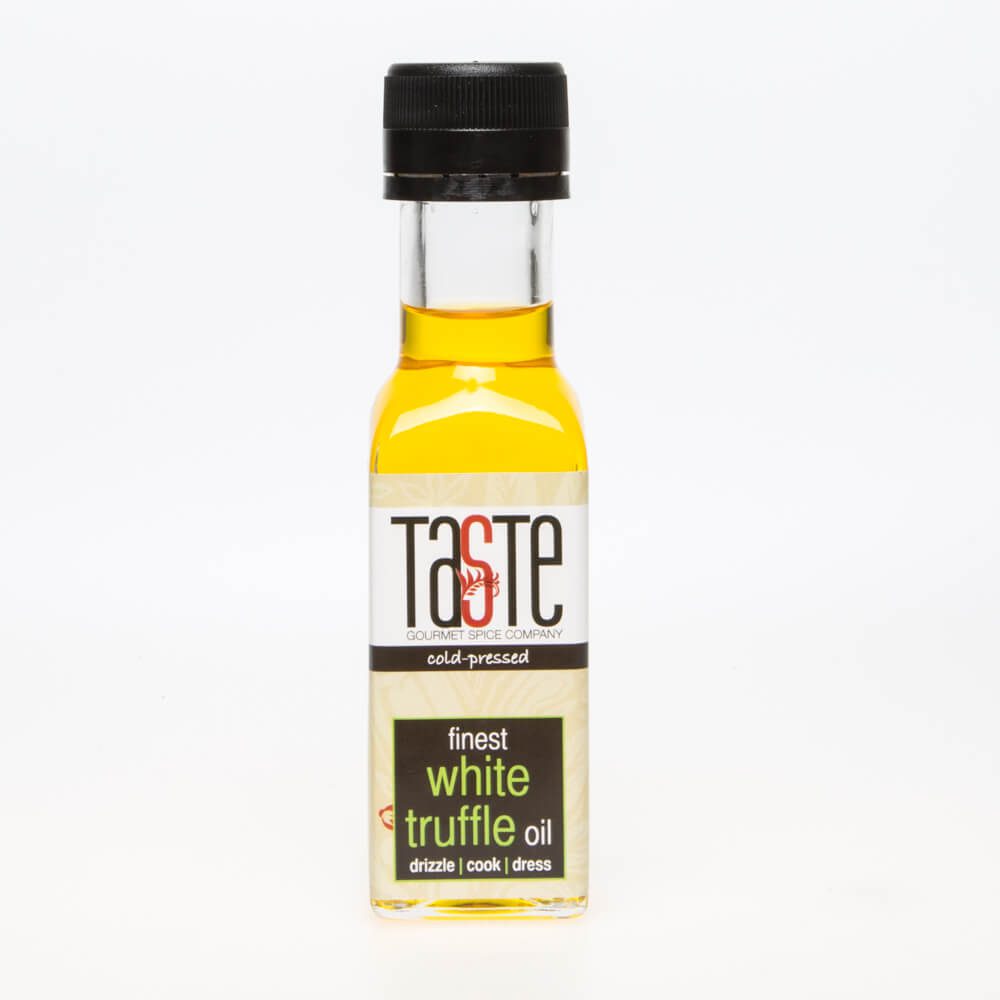 Our cold-pressed White Truffle Oil is rich, luxurious & fabulously decadent! Because it is so rich, you’ll only need (literally) a few drops for a massive kick of flavour. Perfect on pasta, pizza, rocket, seafood, especially scallops, mushrooms & so much more. Add a drizzle to mashed potatoes for a quick Truffle Mash or our fab Truffle Fries recipe!

Because this is a cold-pressed, extra virgin rapeseed oil it’s beautiful on it’s own as a dressing or over freshly cooked pasta. Try adding a few drops into a home-made mayonnaise for a delicious twist!

Even though it’s not cheap for a bottle, you’ll use so little of it each time it’ll last for months. For example, one teaspoon is enough to dress a pasta dish for two, so if that was all you used it for, it’s only around 40p per meal. A jar of mass-produced pesto is far more!

If you’ve never used White Truffle Oil before, we suggest you drizzle into a teaspoon and use that to dress a dish – that way you won’t use too much and overpower things.

We use a gorgeous, single-estate British rapeseed oil that’s cold-pressed, so it’s as good drizzled on salads as it is for cooking with. Apart from supporting British farmers, we find the infusions taste ‘cleaner’ and are more defined using rapeseed oil. As well as having half the saturated fat than olive oil, rapeseed oil gets hotter before reaching its smoking point so it’s easier to get things crispy, like roast potatoes, with less effort.